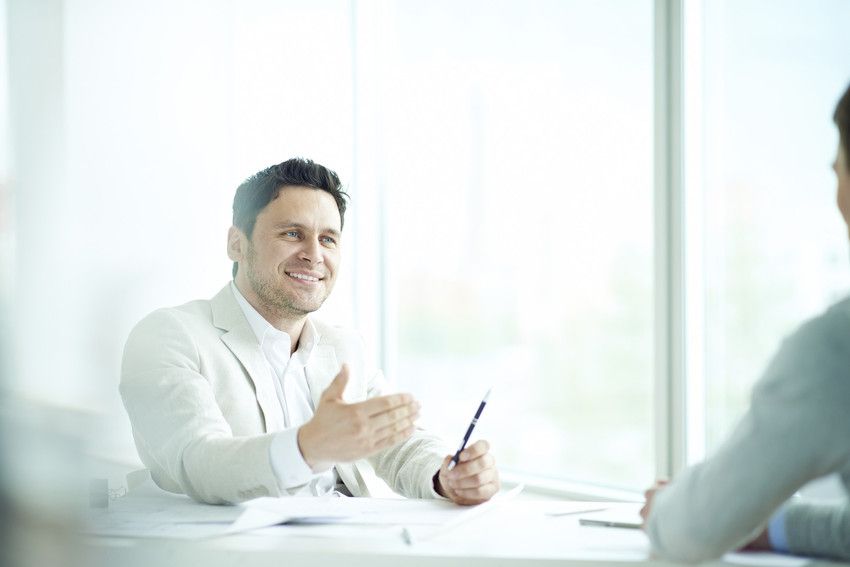 4 Signs of a Good Interview and 3 Red Flags

It isn’t always a piece of cake to tell if a candidate you recruited is doing well in an interview. Although you and your client have an idea of what you’re looking for, it’s important to spot tell-tale signs of a good interview to identify top talent.

Signs of a good interview

Generally, in-person interviews take place towards the end of the recruiting process. At this point, you should devote your time to interviewing the candidates who have made it past initial screening.

How long should an interview last if things are going well? In-person interviews generally last between 45 minutes and one hour. Interviews that are under 30 minutes long can be a sign that the candidate is not a good fit.

It’s your job to help spot candidates who stand out from the rest in the interview stage. Here are some signs an interview went well.

1. The candidate is qualified for the open position

An obvious sure sign an interview went well is if the candidate’s skills meet (or exceed) the qualifications for the job. But a candidate’s qualifications go beyond their skills to encompass things like cultural fit, character, and personality.

Interviews allow you and your client to dig deeper into a candidate’s experience and skills. You can verify that the candidate is truthful on their resume. You can also determine how relevant their skills would be to the open position. And, you can learn more about who the candidate is.

Cultural fit is another important part of making a good hire. If a candidate would not get along with the rest of your client’s team, or if they prefer a different working environment, extending an offer could be a mistake. An excellent candidate should fit in with your client’s company culture.

Candidates who are engaged in their interviews should be able to come up with further questions about your client’s business or position.

A candidate who asks in-depth questions also reveals that they’ve done their research. They have a basic understanding of your client’s company as well as the open position, but they want to clarify some things or learn more.

Candidates who are open to asking questions may translate to employees who aren’t afraid to speak up about concerns in the workforce. Questions may also show that the candidate wants to make sure they fully understand something before drawing conclusions.

3. The candidate sends a follow-up email

Follow-up emails are successful interview signs because they show that candidates appreciate the time you took to interview them. And, they are common courtesies in the hiring process.

A candidate can display their communication skills in follow-up emails, summarize why they are a good fit for the job, and reiterate their interest in the position.

4. The candidate acknowledges past mistakes

No candidate is perfect. Each candidate has made mistakes in their careers that have led them to grow as a professional. Acknowledging past mistakes in interviews is a good sign that a candidate takes accountability for their actions.

Passing blame onto their co-workers or managers is a sign that a candidate does not work well with others. And, it shows that candidates don’t take responsibility for or learn from their mistakes.

Honesty is a sign of a good interview. Candidates might discuss past mistakes they made and what they learned from them.

Red flags of an unsuccessful interview

Spotting signs that an interview didn’t go so well is also an important part of the full cycle recruiting process. Here are some red flags to look for when interviewing candidates.

Things don’t have to be perfect at every past job a candidate has, but the candidate should not spend the interview bashing their places of employment.

When a candidate constantly talks badly about their jobs, it is a red flag. It shows that they complain, don’t take responsibility for their mistakes, and are willing to pass blame. Your client doesn’t want these people at their business.

2. The candidate is dishonest

Honesty is one of the most important traits an employee can have. Although it might be difficult for a candidate to say they don’t have experience in a certain area, being honest is always better than embellishing their skills.

It is a red flag if a candidate says something in their interview that directly contradicts what they wrote on their resume, application, or cover letter.

3.  The candidate focuses on money

When candidates bring up money (and circle back to it later in the interview), it can be a red flag that they aren’t in it for the long haul. And, the cost of turnover is a huge turnoff to your clients. Take note if a candidate seems money hungry.